75th Anniversary of the Pittsburgh Steelers

I was very fortunate to be able to attend an event tonight at the Sen. John Heinz Pittsburgh Regional History Center. My family is a fairly big supporter of the center and we were invited to their annual supporters dinner. This dinner happened to coincide with the opening of the exhibit of the 75th Anniversary of the Pittsburgh Steelers.

At the Monday night football game on November 5th, the Anniversary was celebrated with the introduction of the all-time great Steelers. Tonight, the supporters of the History Center were invited to a preview of the exhibit that is opening to the public tomorrow. A big supporter of the Center is Franco Harris. He has been very involved in the Sports Museum of Western PA, a part of the History Center, and gave a brief talk after the dinner tonight. I was fortunate to take a picture with him in the exhibit before dinner. I also took a picture with Hines, but as you can see, he was fairly busy at the time! 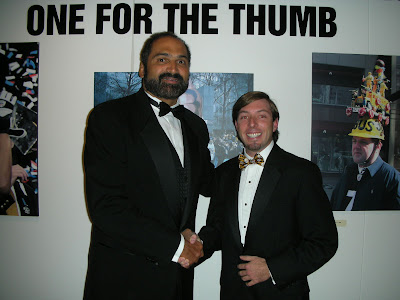 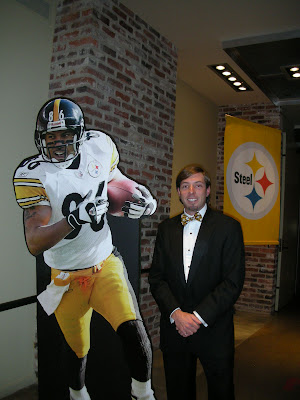