It has been just over 6 months since I last posted on this blog. I am not so sure that there are many people who actually read it when I was posting more regularly, but for those that were (and still are!!!) I have decided to start again. So to jump back into it, I am going to give a quick update on what I have been up to since my last post, the one below from my birthday.

I will give a (brief) synopsis of each month, so here goes: 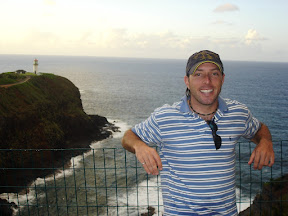 After spending Memorial Day and my 30th birthday in Florida, I headed out to West Virginia to compete in a 24 hour mountain bike race on a 5 person team, The Mud Slingin' Monkeys. We had a great time despite the crazy muddy conditions!! Right after that, my family and I went on a 2 week trip to Hawaii! It was such a great trip, from the weather, beaches, and scenery to the hiking, surfing, and scuba diving. Just awesome!! It was my sister's 50th and final state that she has visited. I have not added up to see where I compare. We also took my little cousin PJ. Check out photos of Hawaii here.

As usual, this month starts with the 4th of July! However, not as usual, I ended up staying in DC this year and not heading to Cashiers. I managed to have a good time anyway and had a volleyball party on the 5th of July. Per the norm, much mayhem ensued. The next 2 weekends in July I was out of town. The first was for the EX2 Xterra at Rocky Gap, which I was racing in this year, my 3rd out of the last 4 years. It was a great weekend and I did pretty well, but not as well as I had hoped. I had roughly the same time as the last time I raced there. I was hoping to be faster. But I placed 10th in my new age group, out of 43, and my sister came to watch me! The weekend after that, Kristi and I went to San Fransisco for the weekend. We saw Grant, Kristi's friend Megan, and my Mom and B just happened to be out there that weekend as well. It was a fun trip with a visit up to Sonoma and on Sunday before we left, we took a tour of Alcatraz, which was great! The end of July brought with it the start of my construction project at my house. I decided to renovate the kitchen, powder room, and 2 bathrooms. Here are some of the kitchen and bathroom photos. 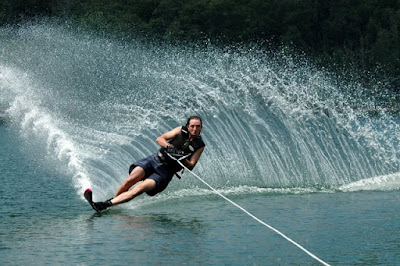 My focus for most of August was mountain biking. EX2 had 3 mountain bike races, one of which I raced in, the others I worked. Then the last weekend in August was another 24 hour mountain bike race, this time it was in PA at Seven Springs ski area. I raced the event last year and had a great time, so this year I convinced my parents to come watch me. I am not sure if this was a good idea or not!! About halfway through my first lap, I went over the handle bars, with several people on my tail, on a rocky downhill. Not too much fun, but I finished the lap and then put on the ice. I did manage to do 3 more laps before the race was over, but my parents decided that they had seen enough! The one weekend without a focus on mountain biking, even though Dad and I did ride one of the days, was my only trip down to Cashiers for the summer. Kristi and I came from DC and we met B and some of her friends from ATL, along with my parents. It was a nice weekend with a bunch of time on the boat and in the water. Check out photos here! 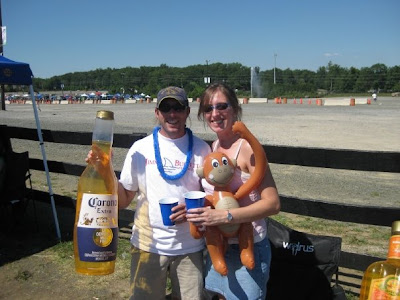 On Labor Day, the day after finishing up the 24hr race in PA, we started off September the way it should be started, with a trip to Nissan Pavilion to see my man Jimmy Buffett. As usual, it was a hot day and the tailgate was rocking! The next weekend, Kristi and I took a trip up to NY to see her brother-in-law play the drums in Jersey Boys. I thought the show was great and we even got a cool behind the scenes tour of the stage and set! The next day we went to see the 10th from last game in Yankee Stadium. Unfortunately they did not win, but Kristi and I had a great time at the Stadium. We even got a few drinks at the legendary Bowling Alley. The weekend after that, I headed back up to Rocky Gap for our new race, the Day of Endurance. 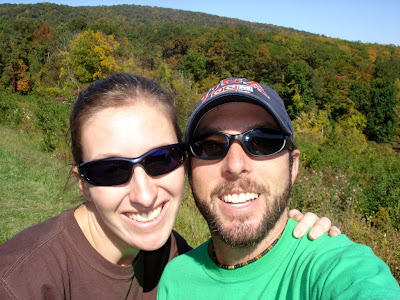 The fall was kicking in and we decided to go on a camping trip to the Shenandoah's for Columbus weekend. We found a nice campsite, cooked some good dinners, and went on a nice hike. It was a very relaxing weekend with friends. Here are a few pictures. Two weeks later was our semi-annual (4 out of the last 5 years) trip to Las Veags to see Jimmy Buffett at the MGM Grand. We were also celebrating my Dad's 60th B-Day, so we surprised him with tickets to see Elton John and his Red Piano. It was a weekend filled with music, fun, and a little bit of pool time with some of Jimmy's people. Some pictures are here. 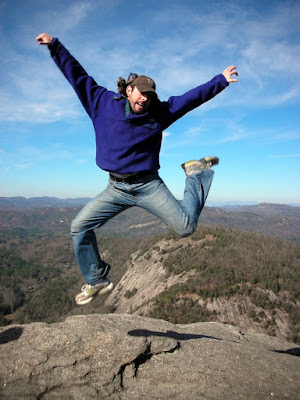 We finally make it to this past month! November started out with a trip out to Delaware to see a festival that is hard to describe, so just check out the website for Punkin' Chunkin'. The next weekend we had some visitors from NJ as Kristi's sister and her girls came to DC for the weekend. We had a great time and went to Mount Vernon and to Arlington Cemetery, 2 places that I hadn't been to in a while. The week after that, Kristi and I went to Pittsburgh to see the Steelers play the Chargers. Additionally, my parents and Kristi's parents met for the first time, and yes, everything went smoothly! This brings us to the past week, one of my favorite times of the year, Thanksgiving. I spent 5 days down in Cashiers with family and good friends. We went biking and hiking, and spent a lot of good quality time together(as you can see from the picture above!) Pictures are here.

So, where does the future take me? Well, despite being fairly busy at work, with the potential to get even busier... I hope to get back to updating this space on things that matter to me. Stay tuned, and if you don't hear from me for a while, send me an email to keep at it!! (I guess this means that people would have to be reading this blog....)

Finally, a new post!! I was just about to get on your case about not updating your blog... I like how you went month by month. It's crazy to look back and see just how much you have done!!! Thanks for the occasional shout outs... oh, and ps. Vegas has been the last 4 out of 5 years.

Yay, my one reader! It has been a busy last 6 months, and I only covered major highlights.